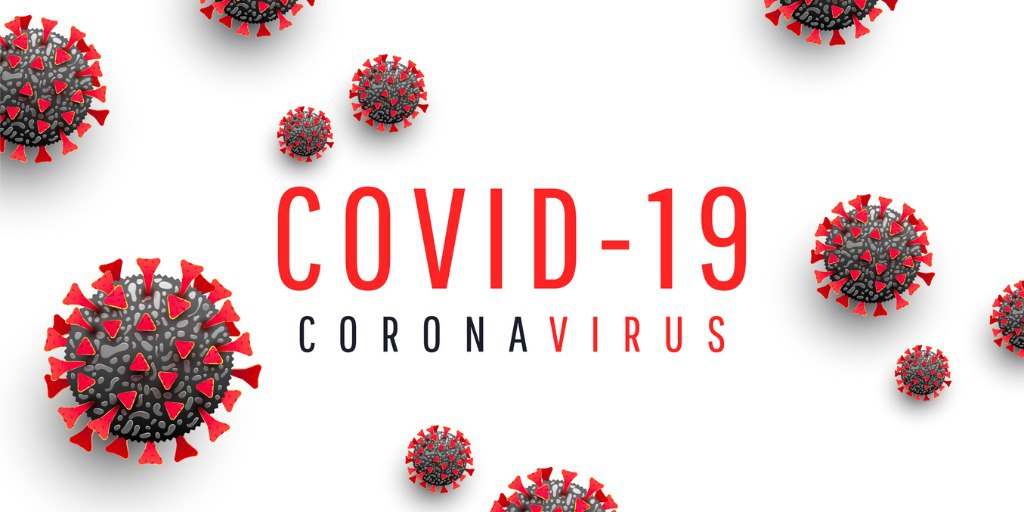 On this week's COVID-19 update, Dr. Bishop discussed new information regarding Long COVID, He answered questions such as:

Watch the full video below and keep reading for the recap.

Long COVID Gets a Definition

For Reference: Long Covid now has a formal definition. Here’s what you need to know

One of the big things we have been trying to figure out is — what exactly is Long COVID? Any time there is a new syndrome, there's a process for developing a new diagnosis.

So any time something starts happening in the world that we don't have a good name for, we don't know what it is, where people have strange symptoms after a viral illness, part of the trouble becomes defining what it is because a lot of people have all sorts of random symptoms after being sick.

Sometimes they go away. Sometimes they linger. It can be a little bit difficult to wrap your arms around. What is this syndrome? So it takes a little time to sort out from looking at case studies, from talking to patients, from talking to doctors and researchers. So what is it that we're saying Long COVID is? And let's all agree on a standard definition of that. That's important for a lot of reasons.

Now, standard definitions have their downsides, right? That means that sometimes certain symptoms or certain pieces of information are going to get a little bit left out because there's always sort of a fuzzy edge to this stuff.

And that's really what this is. It's a syndrome. It's a collection of symptoms that kind of go together, but don't have a formal name to them, so we're giving them a name and giving it a definition.

Now Long COVID, and this is from the WHO International Classification of Diseases, will be officially called "post-COVID-19 condition".

And it occurs in individuals with a history of probable or confirmed SARS-CoV-2 infection, usually three months from the onset of COVID-19 with symptoms that lasts for at least two months, and that cannot be explained by an alternative diagnosis.

That's a long phrase, but it provides a concrete definition for our medical scientists and other researchers to start combing through records and figuring out, okay, who meets this definition? Who are these people? Let's start enrolling them in studies so we can study the pathophysiology of what's going on with them. Why are they still having symptoms?

And then hopefully start to do studies on both treatment and prevention of the sort of post COVID condition.

That's probably what we're going to, a name that will settle out, something along those lines. And that's going to be the definition. Symptoms that have occurred for at least two months after getting sick, and usually may start after three months or more after the original illness and no other prior explanation.

They give some common symptoms: fatigue, shortness of breath, cognitive dysfunction. There's a number of others as well. And it says, "symptoms may fluctuate or relapse over time. These symptoms may be new-onset months after initial recovery, or they may be symptoms that persist from the original illness."

So all that is baked into the definition. Again, I think this is important for a lot of people that are suffering from this, that have been suffering from this for the last year and a half in many cases, trying to deal with sort of these lingering symptoms that just won't go away.

That's important for a lot of reasons, too. Not only does it validate people's symptoms and what's going on with them. Not only does it help with medical research and with testing for treatments and prevention. But it is also sort of a practical thing, too.

If you are sick and you are struggling to recover and you can't get back to work because of your symptoms, but you don't have a diagnosis, you don't have a name to what you have, it can be really tough to do things like apply for disability, either disability insurance coverage or social security, all those sorts of things. Giving a name to this syndrome also has some practical benefits as well in terms of helping people apply and get disability benefits for an ongoing illness that has not gone away after they recovered from the initial viral infection.

Important on a lot of fronts. I'm glad that they have come out with this definition. I think it's a good thing. And hopefully, it'll start spurring a lot more organization around the research of this issue. So that's a good thing.

How does Long COVID affect people?

For Reference: Inflammatory micro clots in blood of individuals suffering from Long COVID

And sort of along those same lines, another interesting article came out this week as well with some research into the physiology, or the pathophysiology, of what is going on with folks who are having long-term COVID symptoms.

It seems that it's going along the lines of what we've known about COVID since the early days, which is that one of the primary ways that it attacks the body is by attacking blood vessels and causing blood vessel inflammation. And we've talked about that. It's been a while since we talked about that, but that's one of the key problems with it and why people sometimes get so sick and why they sometimes have cardiac problems, strokes, and other things after or during the illness, because the virus seems to attack the vascular system.

And what they've actually found in a number of these long-term COVID sufferers, or the Post-COVID Syndrome patients, is that they actually have these tiny micro blood clots everywhere.

These microscopic tiny blood clots, they're not big enough to actually cause say like a DVT or a stroke or heart attack, but they're in the blood. And they're actually insoluble, which means that when they put them in a test tube, they actually precipitate out of the blood solution. You can see them at the bottom of the test tube.

These little clots do form and the aggregate. And what is going on with those little clots everywhere is they're traveling around the body sort of wreaking havoc on many, many systems. And they are releasing inflammatory particles all the time from within because the clotting system is really only designed to be activated when there's a cut or a breach in a blood vessel. It's a patch.

It's a patch mechanism that's supposed to stop up something that's leaking in terms of a blood vessel. And you're not supposed to form clots inside the vessel for no particular reason, but that's what's happening. These clots are sticking around for a long time and they keep forming and probably propagating themselves because of the inflammatory molecules that they are releasing.

And if you want to read into the deep details of all of that, here's an article from Science Daily that gets into a little bit of the details of the research that has shown this. This is just one study and it's a lab study, but it's an early kind of indicator of probably what we're going to find, which makes sense based on the mechanism of the virus and what we know it has been doing all along, causing vascular inflammation, heart inflammation, strokes, and things like that.

I'm not overly surprised to see this initial result come out, which is good. Again, it provides us with hypotheses and with avenues to research treatments, right? So if it's an inflammatory or a clotting problem, then the way to treat or prevent it might be with anti-inflammatory drugs or with blood-thinning medications, which is what we've been using to treat COVID all along.

But it may be that those treatments need to be extended for a longer period of time than just that initial hospital stay. Time will tell. I'm sure people will start doing studies on this and we'll find out more in the coming months, but some promising research on that and promising definitions are being created so that all of the folks who are suffering from Post-COVID Syndrome can start to get some more help, get more support, and hopefully eventually get treatment and management of what's going to be a long-term condition for some people.

Next week, I suspect we'll have a lot to talk about related to vaccines. I know that several of the companies are supposed to issue some data packets. Pfizer, I think for the children, and then Moderna and J&J, I believe, for their booster vaccines and booster doses. So hopefully we'll have more data and more information to talk about next week.

I know that the CDC's Advisory Committee on Immunization Practices (ACIP) has set up a meeting for later this month presumably to discuss the data that they're expecting to get from Pfizer, Moderna, and J&J.

We'll see. They haven't officially said that's what they're talking about yet, but they have scheduled the meetings. And so we will know more probably in the next week or two.

It's continued good news as we have slow uptake of vaccinations. Our numbers are coming down nicely, pretty much in most places, which is good news. Certainly in Virginia and around the country, we're seeing a drop, not only in cases but also in hospitalization rates and fatalities again, which is just really great.

"What's the latest on the herd immunity concept? I saw Virginia is at 81% of adults vaccinated. So there has to be getting sort of close at least here, right?"

The problem with herd immunity is we don't know what number is going to be necessary to generate that for this. We still don't know that. I think 80% is generally a good benchmark, but not everything works that way, unfortunately.

And that's really what needs to happen for herd immunity to take effect. You have to have 80 or more percent of the population be unable to further transmit the virus, because they're already immune, either because they already had it or because they've been vaccinated.

But for that to happen, the vaccine has to prevent transmission very robustly. And that's not what we're seeing with the vaccines, unfortunately. I think that our concept of herd immunity, we can't really include the vaccinated folks in that number at this point. Unfortunately, we probably have a ways to go there.

When will the next update be?

Our next update will be Wednesday, October 13, at 1:00 p.m. live on the PartnerMD Facebook page. As always, we will post the full video and complete blog recap on Thursday morning.